Christianshavn (Pronounced Christians-hown with the emphasis on hown. When you hear Danes say it, it can sound like Christianstown. Do not, whatever you do, pronounce the v!)

Anyway, back to point. Christianshavn is one of my favourite places in Copenhagen. It has history, charm and canals.   We were lucky enough to stay here for a week last month, at my Dad’s cousin’s apartment, as we waited for our new home to be ready. Now Anne, my Dad’s cousin is an architect so she has the Danish eye for design. She has built up this apartment from scratch, quite literally. She moved into the building nearly 45 years ago, when Christianshavn was quite a different place, so much so, her parents didn’t want her living there. The area had some slums and there was a lot of poverty, with families of six or even ten, living together in one room. Anne remembers it well. But what it had – and still has –  is a strong sense of community. That community built up the block of apartments Anne still lives in, and made them home. Anne, along with a group of other women built it themselves. They installed bathrooms in 1980, having used outside toilets before this. They redesigned the stairs, created a heating system, renewed the roof and the facades.

And now….well just look. A building that’s over 100 years old full of character and charm.

The doors to each apartment staircase aren’t locked because the residents don’t want the original wood to be damaged by a big lock. There is an outside terrace with a bar and kitchen and a charming play area for children.

It would cause a serious dent in your purse to live here now. But this place isn’t really about that. It’s more the fact that a community built it up and a new generation’s community sustains its original character. During our stay there was a group clean-up over one weekend, called Arbejdsweekend  Residents all chipped in to sort out the storage areas and clean up the garden areas. They started the day with a communal brunch and ended it with a takeaway and wine. This is actually quite common in Copenhagen when apartment blocks share storage and a courtyard but I haven’t seen one as tight knit as this. Although Anne tells me there are some people that never turn up. Perhaps they make an appearance for the celebrations instead. There are always courtyard gatherings for festivals like Fastelavn (see post here), Sankt Hans (a midsummer festival) and New Year’s Eve. 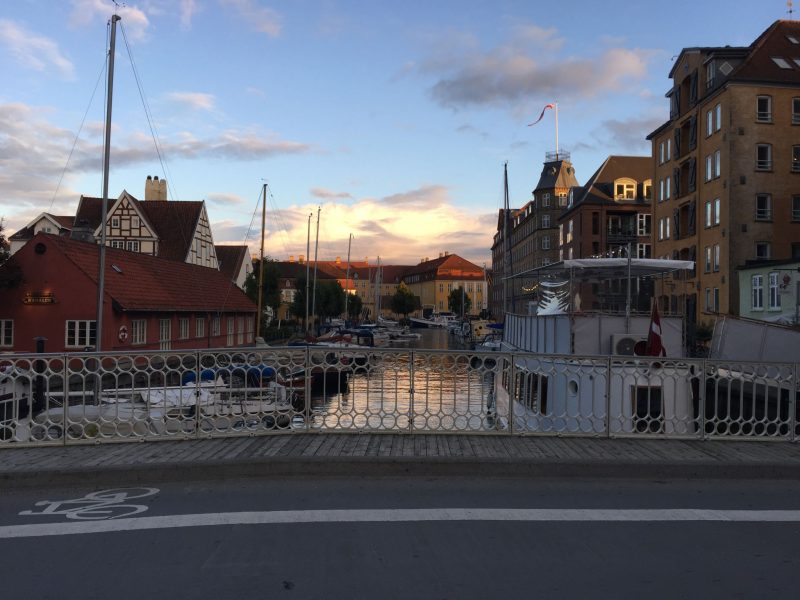 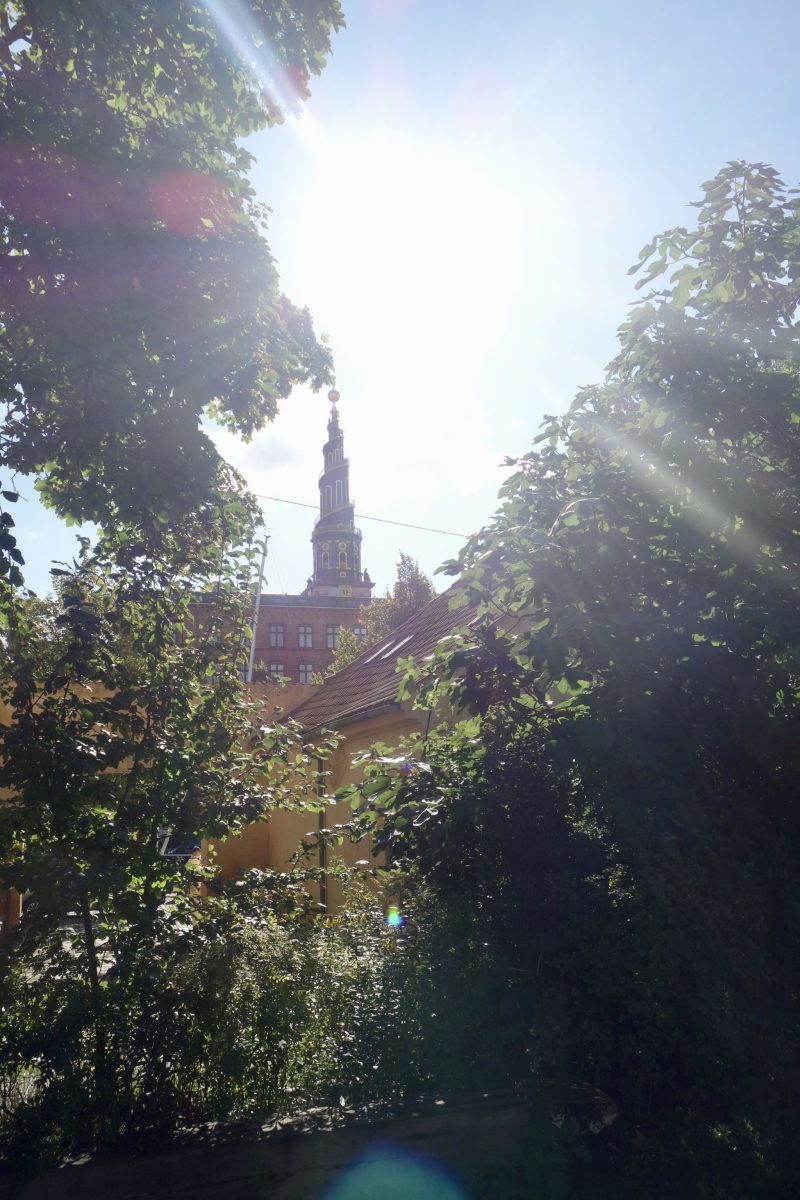 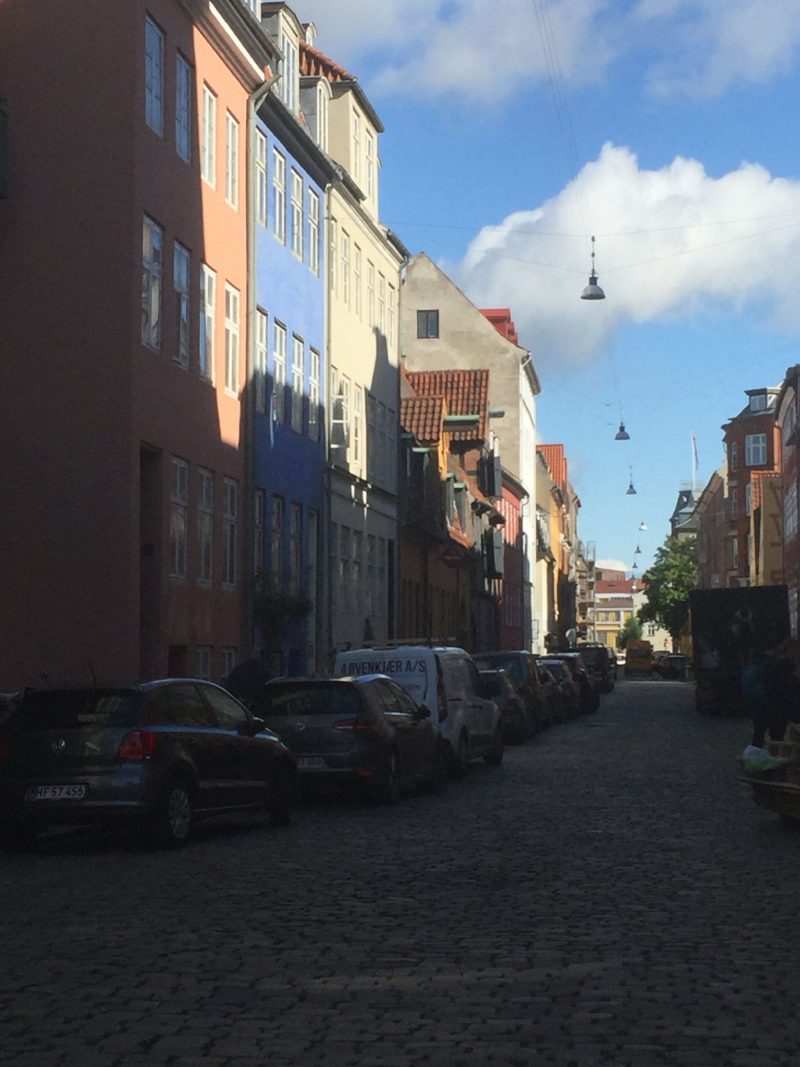 These apartments are based in central Christianshavn so the canal is on your doorstep and Round Tower (Rundetaarn) can be seen from the higher apartment windows. If you end up visiting Christianshavn, the Round Tower is worth a stop off. Built in the 17th century, it’s Europe’s oldest functioning observatory. You can climb the spiral staircase to the top, look out over Copenhagen and look down a glass floor to the bottom. Not quite a toddler-friendly activity, so unfortunately we haven’t experienced this yet. 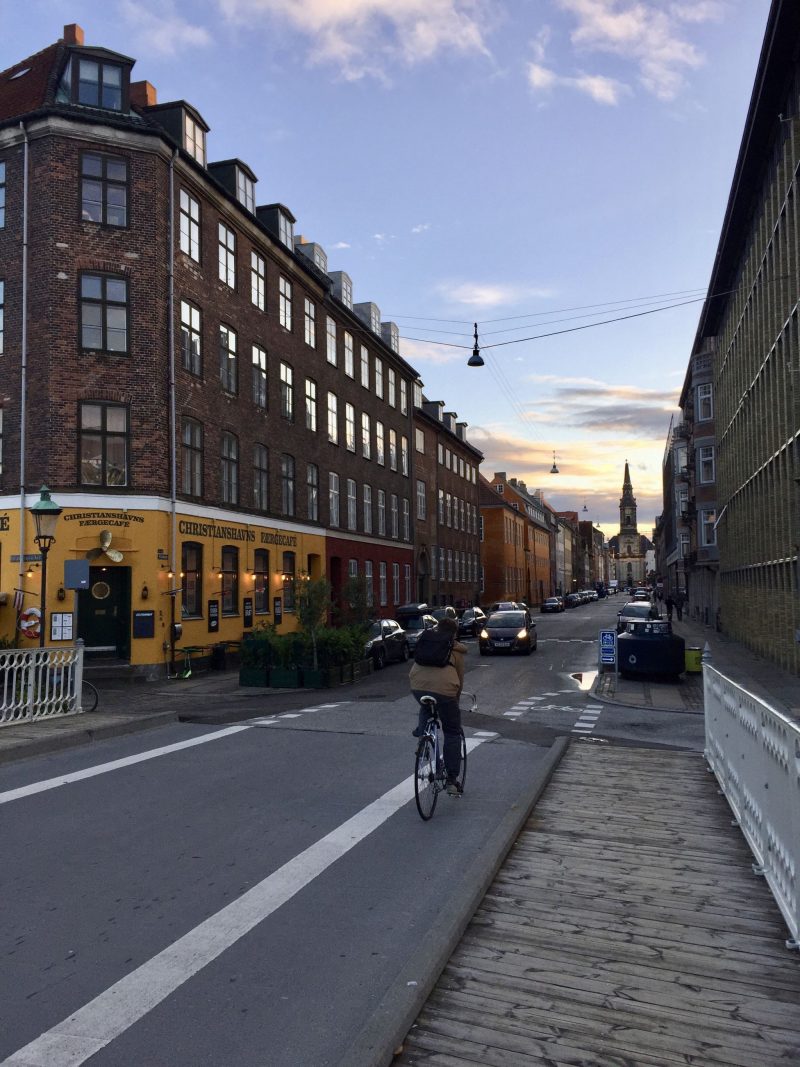 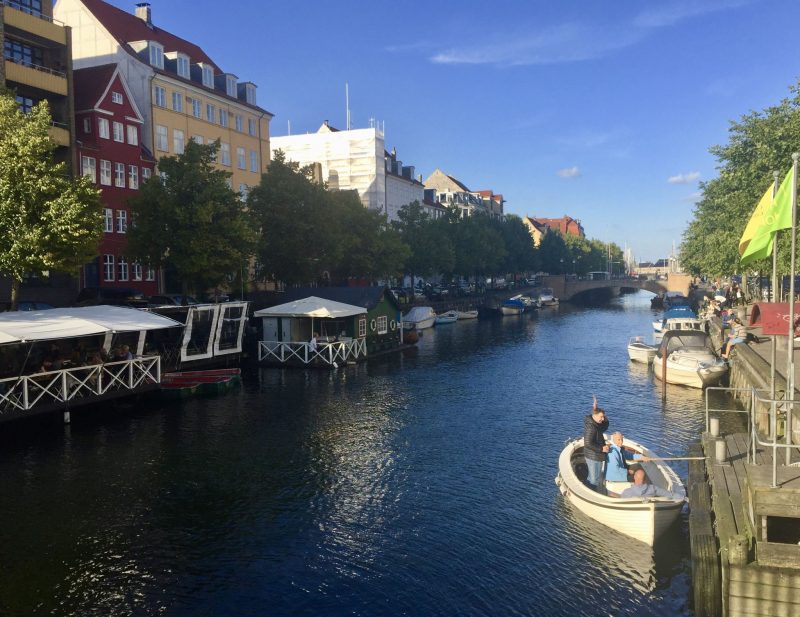 It’s a real treat to have experienced a week of charming Copenhagen community living. We are very lucky to have family living here.