Warning: Constants may only evaluate to scalar values in /home/customer/www/livingthedanishgene.com/public_html/wp-content/plugins/easy-fancybox/easy-fancybox.php on line 40

Warning: array_key_exists() expects parameter 2 to be array, string given in /home/customer/www/livingthedanishgene.com/public_html/wp-content/plugins/easy-fancybox/inc/class-easyfancybox.php on line 208

For those that missed it, this is the article I wrote for the online paper The Local, Denmark about networking two weeks ago. Where two weeks have gone I do not know. Well actually I do know – working, Lydia playing (day and night) and nursery settling in! I will do a full update on our Copenhagen lives soon, I promise. For now, here’s a little insight into how I’ve found networking in a new country.

Just after I wrote the article, our current landlord came by to give us his daughter’s old bike to use when Lydia is older. It’s these acts of kindness that really make a difference to how you integrate into a new place. It keeps you bobbing along when obstacles come your way. Living in a new country can make the every day simple tasks quite tiring because of translating, not quite understanding protocols and just inexperience. Only yesterday I was staring at our communal tumble dryer wondering why, for the second attempt and numerous google translations of the settings, our clothes were still damp. So if you add a few bigger obstacles into the mix and a dose of sleep deprivation; your bobbing along can soon turn into treading water. *

* Treading water for me =  massive effort and a bit of a panicked look. I only ever got my 10 metres.

My point is, aside from my poor swimming metaphor, is that goodwill gestures are vital. Not just for people who are new to an area, but in life. Never underestimate them because if you can keep people afloat, they can go on to thrive.

Networking. A word I used to shudder at. Alone in a crowded room, lurking on the periphery of a group deep in conversation, sipping cheap wine while smiling meaningfully at a conversation you can’t hear. All the while channelling that song from La La Land…

“Someone in the crowd,

Could be the one you need to know.

The one to finally lift you off the ground.”

As in the film; the reality is that you spend most of your time in the loo.

But since moving to Copenhagen (*eek it’s now four since this was published!) months ago, I have started to view networking differently. It doesn’t involve awkwardness, it doesn’t pin all hopes on one meeting but it does, slowly but surely start lifting you off the expat ground.

It started with asking our first landlords for a list of places we could take our one year-old daughter Lydia while we got settled.

They left us a four-page document, a cuddly toy present (for Lydia, not us) and their contact details, if we had any more questions. Two-weeks into moving, we knocked on our neighbour’s door introducing ourselves. This led to being left a lovely note on our gate, inviting us to their house, where we were treated to pastries, coffee and most of all a genuine friendship.

They offered us a stop-gap place to stay when our two-month rent was up, they contacted friends to help us find work, they even translated our mail. When we moved, our new landlords were equally as welcoming; inviting us over for coffee (we end up drinking a lot of it over here), and recommending local nurseries. 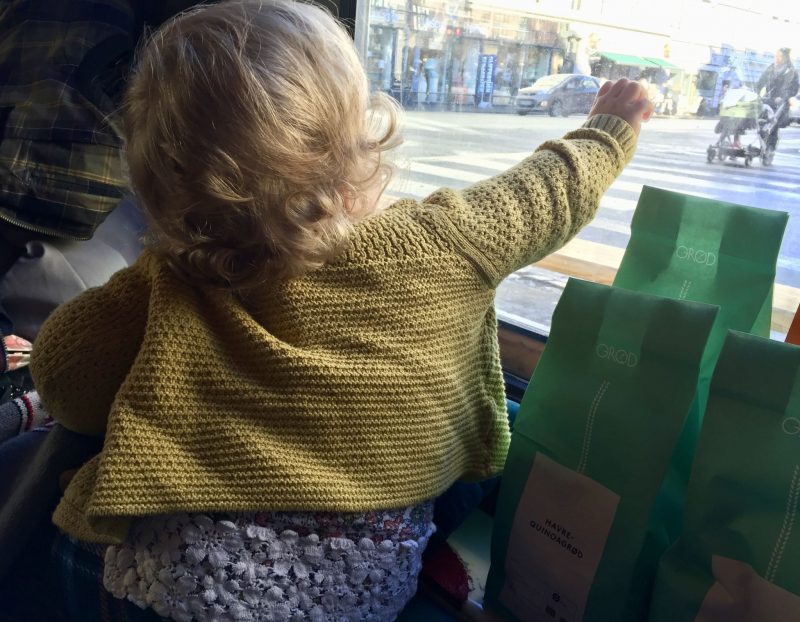 Lydia will knock on windows to get a response to her waves.

Having a toddler who likes to wave and say hello to anyone passing, has been a gateway to many conversations. Now I’m not saying, we all need to wave at strangers in the street to find out information, tempted as I am to try it. But being present in the moment and open to smiling/helping someone off the bus/giving a little more information about yourself, can really lead to some fruitful conversations.

Lydia’s productive waving started on our flight out here, when we met a mum from England, who has lived in Copenhagen for seven years. As I write this, I’m about to go for an evening drink and catch up with her. A nanny looking after Danish children gave my husband a list of fun places to take Lydia, as well as money-saving tips and apps. A Danish family we met at a Fastelavn festival, offered their house for us to rent over the summer. And a Dad I met in our local park on a day I was feeling homesick, turned out to come from a place 30 minutes from our home in England. We swapped numbers in case we ever need adult conversation on the park run again. 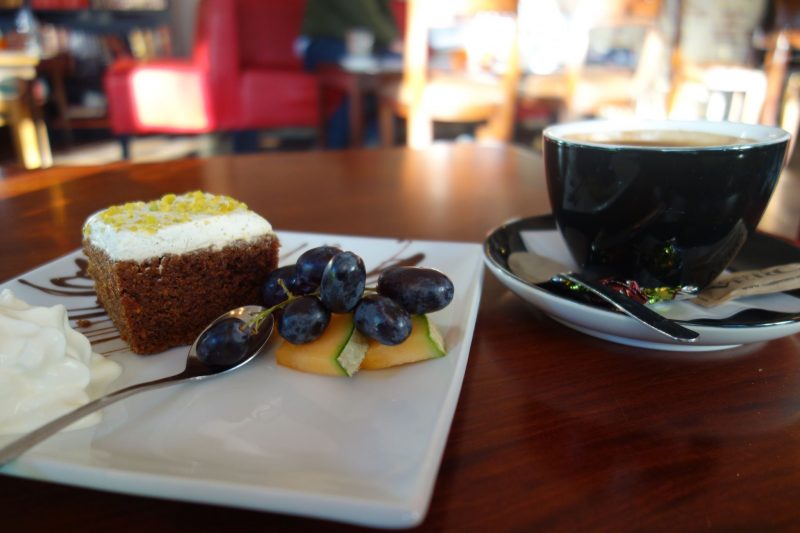 Kaffe og kage, available around every corner in Copenhagen.

As a freelancer, meeting people for coffees to discuss potential projects is how I get work. I didn’t realise this was also the most successful technique for getting a permanent job in Copenhagen. Employers like to know people who know you, however tenuous it might be. As a result, I have been blown away by the number of people – Danes and expats – who have gone through their contacts list to try and think of people that my husband and I can approach for more work. When my husband joined his Danish language class, the first lesson was about what you did for a living. He was the only one who needed the translation for ‘job-seeker.’ As a result, people in his class came forward with advice and contacts. Through that, he now has a temporary full-time job. It’s not a dream job but it’s work and it’s the first concrete offer after six months of applications. The Power Job Seekers group is another form of networking that has been a big help to him. It’s a weekly group, run by job-seeking volunteers, who invite employers to give presentations and follow it up with a workshop. Here people can learn tips about making Danish CVs, practice interview techniques and most importantly, give each other the confidence to keep going.

Facebook and Meetup provide an abundance of groups where you can share information and meet new people. I never thought I’d be someone that used social media to make new friends. I’m that wave and say hello type of person. We also have some family in Copenhagen and Jutland so we are not completely alone. Yet social media has made moving to a new country so inclusive. Wondering where to buy new shoes for your toddler? Post it on a group and you’ll get a few replies within minutes. Struggling to work out how to send a parcel – someone there will have the answer instantly or recommend a useful blog. Want to meet up over the Easter weekend…wait, you’ve already been invited to an event. So there we were, on Easter Sunday afternoon, at someone’s house we had never met. A young family had put on an Easter egg hunt and picnic for other people, like us, to feel welcome on what’s traditionally a family day. Not only did it feel completely normal, it was enjoyable. We were inspired to hear why everyone ended up here in Denmark and we now have a new circle of friends.

So for me, this is what networking now means. It isn’t searching through a crowd for someone to present you with a golden ticket. It’s making an effort, each day, to meet someone new, learn something different and start building up a new network of information, of friends, of future colleagues. It’s a network to help build your new chapter of life in a different country. And if this type of networking has taught me anything, it’s to never underestimate your goodwill gestures. That smile, that tip about the best playground, that number of the prospective employer and that invitation; that is what ultimately lifts you off the ground.