Some of you will have questions about why we’re leaving Denmark, when we were obviously enjoying life so much here. And we are, we always have. But here’s the decision broken down. I was honest with all the reasons for our move out to Denmark, so I wanted to be honest about why we’re returning to Sheffield and show that these things are never simple. 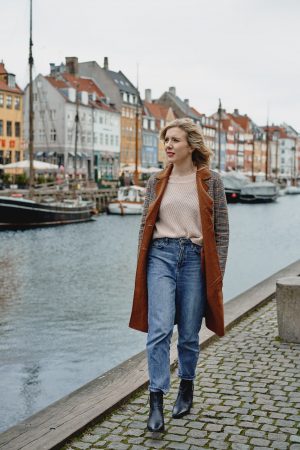 There has been no one incident that’s made us decide to leave; it’s not been a spontaneous decision. Goodness knows it’s crazy on paper to go from Denmark to England during the coronavirus chaos and I’ve questioned many times why would we do that?! As I did radio interview after radio interview, comparing the situation in Denmark to that in England, I realised just how lucky we were to live here.

And I’ve just learnt Danish damn it and passed my PD3 exam. Even the doctor told me recently that on my notes it says medical staff can speak to me in Danish because I speak and understand enough. I got to that level! My work as a journalist in Denmark has also recently increased and it’s exciting to be called upon to give analysis on the news here. But reframing that, as the Danes do so brilliantly,  I’ve achieved more than I ever expected from our stay here and we’re leaving on a high, having enjoyed our last summer here out of lockdown, with so many happy memories and a great foundation to build on.

The decision has been in the long-term plan for at least a year because of needing to decide about schools. Things get a bit more serious. Then we found out after Christmas that we had to move from our apartment by August. We signed a four-year contract but it had a one-year break clause and our landlords decided to come back to Denmark from their four-year work posting abroad. It hadn’t worked out for them and we, of all people, can sympathise with the difficulties of moving your family away from your home country. Unfortunately for us, it meant the prospect of looking for our fifth apartment in three years. And this one was the best. We’d said it would be the last time we moved in Copenhagen before returning to England because moving is not easy. We’d become friends with our neighbours, the girls spent hours on end playing with the children in the courtyard, we had a hidden room in the basement where guests could stay, it was the perfect set-up. Apartment-hunting in Copenhagen is difficult. There’s not a lot of choice, you don’t get a lot of space for your money, and if you go with an agency, they’ll keep your deposit at the end, to refurbish the whole place –  painting every wall and re-sanding the wooden floors. Your deposit is three month’s rent. You also pay three months’ rent in advance on top of that, before moving in. It’s a mini house deposit. We have always avoided agencies and gone for private landlords, who tend to be understanding families who have given us our deposit back and been fair about what and when we pay upfront. But it comes at a cost, of it being in their hands as to how long we stay for.

We researched buying an apartment in Copenhagen. But even if we sold our Sheffield house, we still wouldn’t be able to afford somewhere that was big enough for a family of four in Copenhagen – unless I got a full-time corporate job – and that wasn’t something I wanted to compromise on, as I want to be flexible in my work so I can be there for the children, especially when Rich travels away so much. We could move out of the city but that would mean starting out again, away from the family we have in the city, making more new friendships and a network. The friendships you make as an expat are so important and take time to invest in, so you and your children trust them, should you need to lean on them in an emergency and vice versa.

And then there are our plans and hopes that we will be able to have a third child. Sure, I like to think I could handle solo-parenting three when Rich goes away. But there’s no doubt it would be difficult. The pressure is high when you’re on your own; you can’t get sick. Luckily, I never have. But during lockdown I had a miscarriage and was in hospital. I can’t imagine having to do that if Rich wasn’t there to hold the fort.

So it’s not simple. These are the realities of living abroad with small children. But it’s always been ok. We’ve always made it work and we’ve enjoyed the process so much; it’s been the biggest adventure and it’s worked because the children have been small and portable. Now we’re entering the next stage of life. To go through another apartment search and move; the transition into school life; Sofia moving vuggestue – putting us all through so much change again, when we’ve changed constantly for nearly four years – it needs us to really want it, or want to be here long-term. I am not against people moving around with children by any means – I moved schools three times and I was fine. But it’s what we have in Sheffield, that tops off the decision.

If we were going to London, with long-hour jobs and a commute, not that close to family, we’d be staying in Copenhagen long-term, without a doubt. However, Sheffield is a pretty great place to bring up children. Surrounded by parks and the peak district, built on seven hills, it’s a very outdoorsy city. We own a lovely house, which is a 30 minute walk away from both sets of grandparents, as well as Richie’s sister, whose daughters are the exact ages as Lydia and Sofia. Richie has a job waiting for him, as he rejoins the family business selling tiles. I have contacts to pick up freelance work. We also have a place at our local school of choice that we can walk to.  We can’t replicate that in Denmark. But what we can try to bring with us to Sheffield is the Danish language, the culture, the connections we’ve made. I’ve even found a ‘Danes in Sheffield’ Facebook group which I am beyond excited about and they have already welcomed me into the fold.

Now it’s time for Denmark to be the place we spend every holiday, with our day-to-day life in Sheffield, rather than the other way around. But Denmark, I am going to miss you more than I can explain. I feel so lucky we could go on this adventure, and even luckier we have a choice about where our next one lies.

I have a lot more to write about, from what I’ve learnt in Denmark and what I’ve discovered about my Danish genes. So I’d love it if you could subscribe to my blog (there’s a link at the bottom of the page) or follow me on Instagram and I’ll keep you informed on Danish/Sheffield living.

Thanks as ever for reading. x